Get To Know About Us

The origin of the Ethembeni Enrichment Centre lies in a period of educational crisis during the early 1990’s.  Two members of Youth for Christ, Mr Duze and Mr Bird, found themselves challenged by the pressing need for educational upliftment among the less privileged in our society.  They applied for the use of an old “white” school in North End which had been standing empty for some time.  The State reacted positively to the request and the old North End Grey Primary School, situated on the corner of Green and Middle Streets in North End, was transferred to the Diakonos Trust in 1992, with the understanding that it be solely used for educational purposes.

The school was named Ethembeni Enrichment Centre – meaning Place of Hope.  The motto of the school is Avoid the Soft Option. Ethembeni operated as a Finishing School from 1993 – 2003.  The dream was to give matriculants from the previously disadvantaged areas a second chance to improve their results.  During this period of time Ethembeni also offered an ASP (After School Programme) and Winter School Programme to learners from the previously disadvantage schools in Port Elizabeth.  The emphasis was on teaching Mathematics, Physical Sciences, Biology and English to these Learners. Ethembeni was also involved in a Street Children Programme, and in recent years we accommodated boys from Khayalethu House.  Five of these boys matriculated at our School. The Trust and Educators soon realized that it would be better to take in learners from a younger age. The school then started to enrol learners from Grade 10.  This group of learners matriculated in 1997.  They were our first group of 100% achievers.  Even that plan was changed and we then started to enrol Grade 8 learners.  Gradually the Finishing School was phased out (2003).

Since 2004 the Diakonos Trust found it difficult to run the school as an independent school because subsidies from the Department of Education for Independent Schools were constantly cut or not paid at all.  The Trust had no other option but to apply for Ethembeni to be declared a Public School.  In September 2005 the Ethembeni Enrichment Centre was declared a Public School by the Department of Education. Since that time we operate as a Section 20 school with a Quintile 4 status. 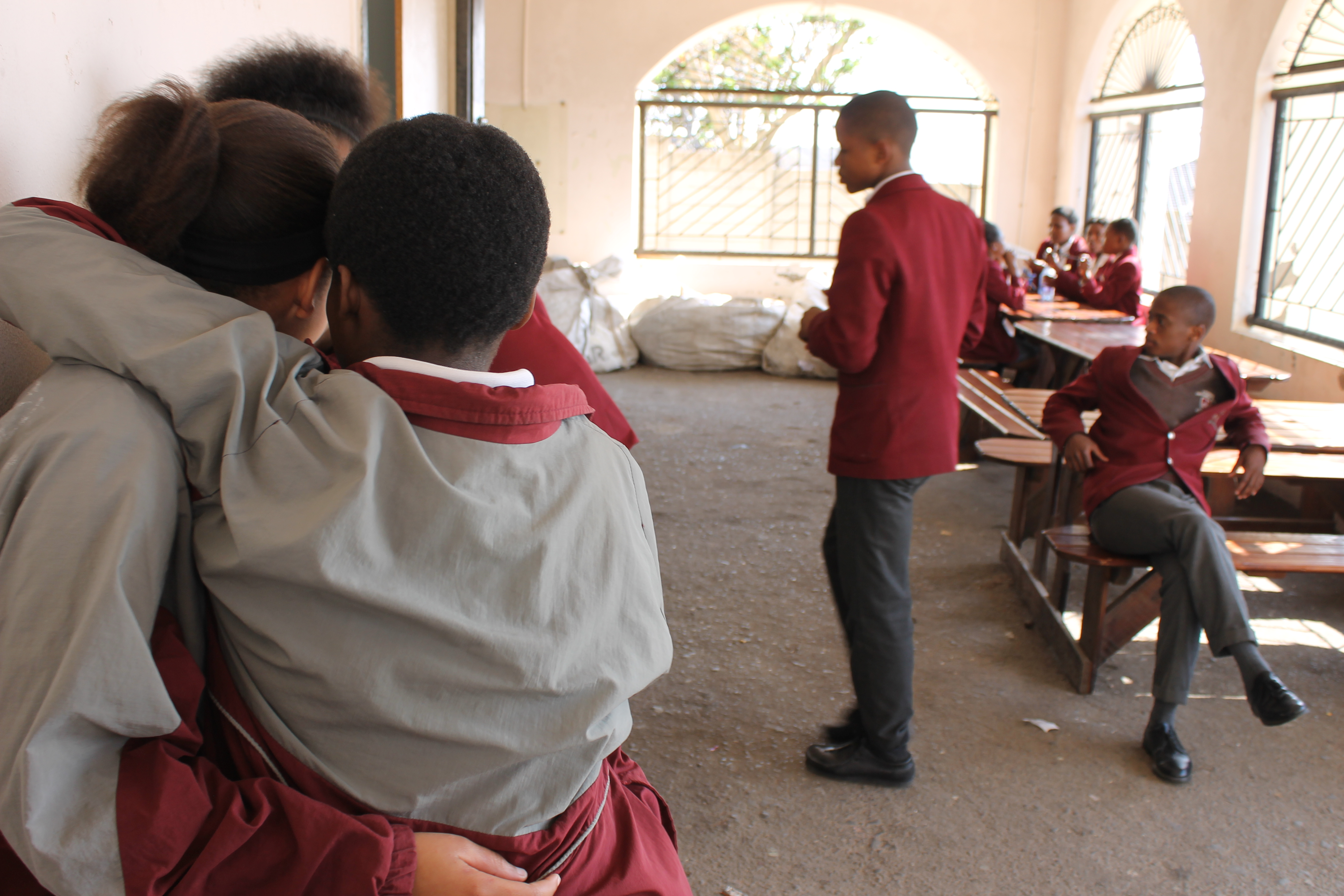